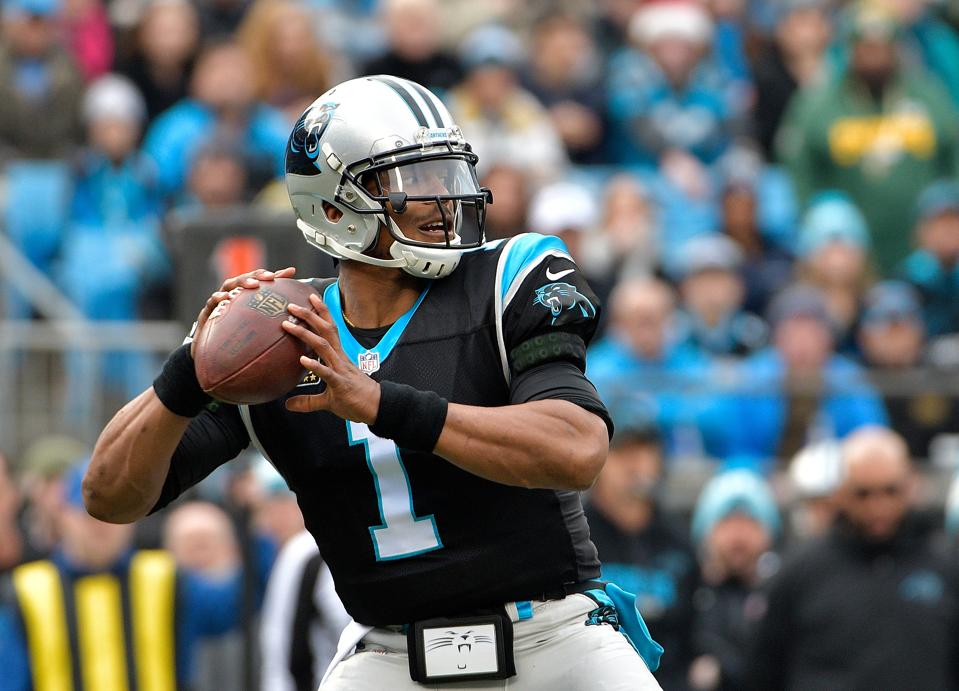 The conduct, Sports Illustrated reported, included “sexually suggestive language and behavior, and on at least one occasion directing a racial slur at an African-American Panthers scout.”

The Panthers on Friday made the surprising announcement that the team was investigating Richardson for allegations of workplace misconduct. On Sunday, NFL spokesman Brian McCarthy said it will take over the probe after questions about whether one of the team’s minority partners should oversee the review. (The Charlotte Observer)

It didn’t start with Cam Newton and it ain’t going to end with him. Just a bunch of ignant racist white folk and ignant safe negroes who as Bernie Mac put it, “You Just Don’t Understand!”

I normally don’t get all into games vocally and publicly but I could not be silent when they made it all about Cam.

Damn they mad because Cam celebrated during the games and called him arrogant.

Damn get over it!

I remember some years ago when the saying was little black boys were at-risk especially in the school system and I always would respond that all black men were at-risk I don’t care how old they are.

What I don’t understand though is how folk who live in North Carolina and was not a Denver fan could choose them over Carolina especially black folk. But I ain’t mad with them just tickles the hell out of me.

Well I am so glad I ain’t ignant to what is going on around me.

Now run and tell that!

The Political Agitator’s response: This is awesome! Thank you for reaching out to these families and the church.

Carolina Panthers owner Jerry Richardson donated $100,000 to the families of the nine victims killed in Wednesday night’s Charleston shooting, and to the church where the shootings occurred.

In a letter dated Friday, Richardson sent $10,000 to each family of the victims for funeral costs and another $10,000 to Emanuel African Methodist Episcopal Church as a memorial honoring the victims.

“We don’t want to comment on the specifics of the donation, but know our hearts are one with those who grieve the loss of these individuals,” Panthers spokesman Steven Drummond said in a text to the Observer. (Source: Read more)