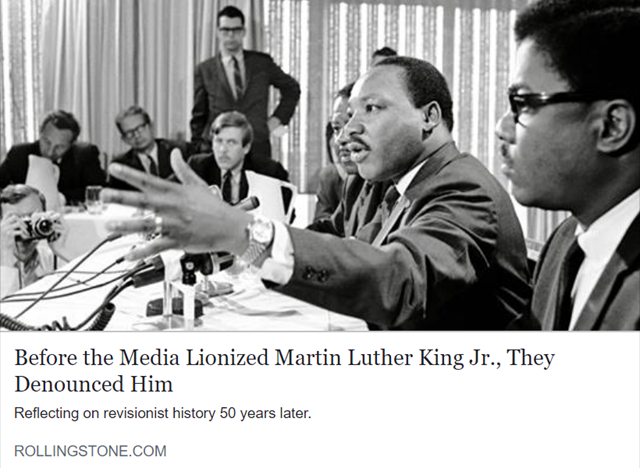 WHITAKERS — Union workers at Cummins Rocky Mount Engine Plant held an event Wednesday at the Bloomer Hill Community Center in remembrance of the 50th anniversary of the assassination of the Rev. Dr. Martin Luther King Jr.

King was in Memphis on April 4, 1968, to support a sanitation workers’ strike after two workers had been crushed by a malfunctioning garbage truck compactor, sparking a strike by about 1,300 black sanitation workers protesting poor working conditions and racist treatment.

Jim Wrenn, president of the Carolina Auto, Aerospace & Machine Workers Union-UE Local 150 at Cummins, said in the summer of 1978, Rocky Mount sanitation workers staged a series of walkouts and spearheaded a community struggle against racial injustice in defense of arrested and fired co-worker Alexander Evans, who was accused of stealing a suit of clothes off the back steps of a home in the wealthy white Englewood neighborhood in Rocky Mount. (Read more)

Today is just another day that some black folk are going to talk about the man as if they were about what he stood for back then and today when they were lying then and lying now. I can relate.

I didn’t walk with Dr. King because I was only 6 years old during the time of his death but I could only imagine how good he felt trying to make like better for ungrateful black folk in spite of knowing that they didn’t give a damn about the movement. I can relate.

So on this day April 4, 2018 I will continue to carry on with not only the “Dream” but all that Dr. King stood for the many speeches that folk don’t want you to hear. I am awake and I have been awake since the late 80’s when my Lord spoke to me. You see I heard him say boy, “go out and be a voice for the children, the elderly, the voiceless, the scared folk and folk who do not know so you can’t hold it against them until you learn that they know.” I joined the Democratic Party, I joined Black Workers For Justice, I searched and I found the NAACP, I started my own thing P.I.E.C.E. People Interested in Enhancing Children’s Education. I joined other groups that I thought was trying to some good things but I found myself resigning from more groups than many folk will ever be a member of. Today I am a die hard Democrat, I am a die hard Life Fully Paid Member of the NAACP The National Association For The Advancement of Colored People.

So folk black, brown, white and other I have invested too much time and resources as a community activist and a political activist and I refused to allow anyone to turn around. I am in the season of moving onward and cutting off black folk who are scared, who are in denial and folk who I have come to the conclusion just don’t give a damn. I will not walk with these folk because these folk can be dangerous to my health.

Today I Could Only Imagine.