While I am speaking up and speaking out some Ignant Racist White folk be trying to discredit and threatened me some black folk sit back and say nothing. But that is okay. I can handle my own.

My point is that while I am being disrespected and most important threatened by these Ignant Ass Racist White Folk there is silence.

I am good ya’ll just saying! I been doing this since the late 80’s.

I ain’t scared in my Bernie Mac voice! 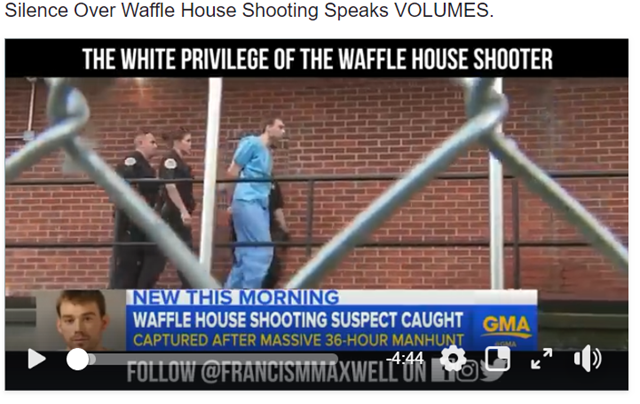 I refuse to be silent on issues that are dear to me. I don’t care who are a part of the conversation family, friends, co-workers, church folk, pastors, ministers, elders, smart folk, ignant folk and just folk.

I have been actively engaged in what is dear to me since the late 80’s and I will challenge anyone. I have come too far to turn around so when I see ignant mess I am going to respond.

Now Dream about that part! 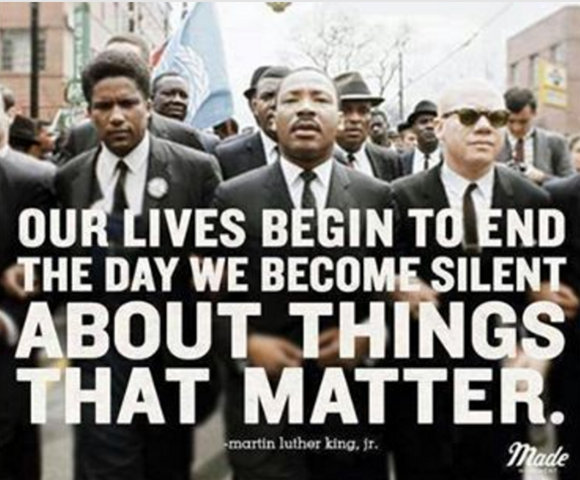 I look at things that folk comment on on social media and it just tickles me. They pick and choose certain articles to comment on because they are scared how others are going to look at them and/or they can not take the criticism that may come with it. If you are scared, say it and get somewhere and sit down.

I have come to the conclusion that I have maxed out in going to meetings because some folk want to just hear themselves talk but don’t want to get to the route of the problem. You see they want to say all of these pretty words that sound good when we are fighting a nasty mess. You got to put on your dirty clothes so you can fight. Many folk in meetings that I attend and or the talk on social media act as if they have figured something out when the same issues I have been dealing with since the late 80’s still exist. Why? Because folk don’t want to stand up and talk about real issues so therefore the same issues come and go. It takes all of us to get rid of mess but that is hard to do because folk are scared. Those scared folk are the ones that have the most mouth but scare to call a spade a spade. They look for others to do the work and then they come to the table when the cameras arrive.

This photo speaks volume. So many folk say they love Dr. King. Hell they say that now because he is dead. Where were they when he was alive and fighting for their ass? Oh they were silent! And then some today don’t even appreciate all that he done because they think they have arrived.

If you didn’t know everyone has a role to play and it begins with you.

“I swore never to be silent whenever human beings endure suffering and humiliation. We must always take sides. Neutrality helps the oppressor, never the victim. Silence encourages the tormentor, never the tormented.” – Elie Weisel

As another grand jury has let a cop walk away for gratuitously killing an unarmed black man, a loud silence reverberates through the country, just at it has for many years. It is the silence of the nation’s lawyers.

The fact is, we operate two criminal justice systems in the United States. One is for affluent white people, who when accused of crime are treated as citizens, as people with rights. They get the benefit of the constitutional protections we boast about in textbooks and television shows, protections like due process and trial by jury and proof beyond reasonable doubt. And they are often shown great leniency for very serious crimes, including homicide.

The other system is for poor people and racial minorities, who are treated more like trash to be removed from the streets. They are policed as if they enemy combatants; churned through overcrowded, underfunded courts that traffic in guilty pleas and long prison sentences for minor offenses; and harassed or killed by cops whose brutality would never be tolerated against those whose wealth and skin color entitles them to the privileges and protections of the first system. (Source: Read more)

The New York Times recently noted that Tuesday of this week will mark the five year anniversary since Supreme Court Justice Clarence Thomas has spoken during a case. Not only has Justice Thomas not spoken at all while hearing court arguments for the past five years; Thomas has also spent this lengthy period of silence "leaning back in his chair, staring at the ceiling, rubbing his eyes, whispering to Justice Stephen G. Breyer, consulting papers and looking a little irritated and a little bored." (Read more @ Black Voices)