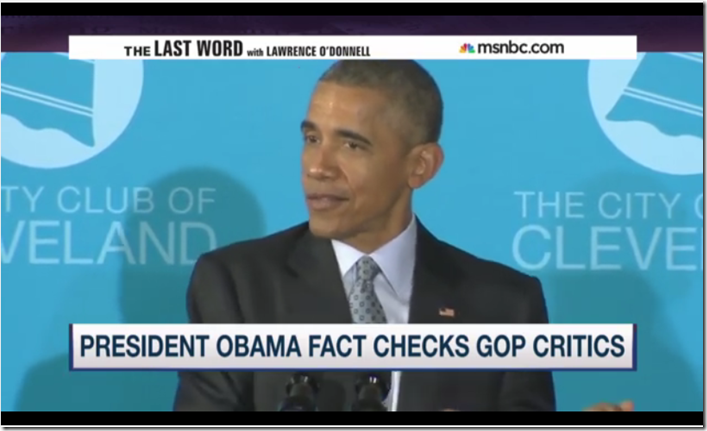 That’s according to a report Saturday by WTVD-TV (http://bit.ly/1gtSZyi ).

On Thursday, White House press secretary Jay Carney said that the president would travel to North Carolina for "an event on the economy." Carney says Obama is scheduled to visit the Research Triangle area on Jan. 15. (Source)

There are Obama haters aplenty, have been from Day One: Snooty left wingers have offered advice he should have, could have, would have followed to success if the president had just listened to his white betters in the media. Hate-filled right wing bigots have jostled to be the loudest claiming Obama isn’t a “real American,” not one of us, from somewhere else, a liar, a communist, a Muslim, the anti-Christ… and that’s just a start.

Economists have lined up on all sides to predict his policies would fail, that we were headed for depression, world economic collapse, and higher unemployment. Hawks told us the president was giving in to terror, maybe he was a terrorist himself. Doves told us he’s a mass murderer, using drones to target the innocent. (More)

When will the lies ever end? Oh when this black President is out of office. However it will not end there. Not only will he be blamed for the world’s problem while only serving 8 years but he will be blamed forever. Damn!

The Julia Mannings’ of the world the President Obama haters never mentions how the Republicans met after he was elected President before his inauguration to commit to not working with him because they wanted to make sure he was a one term President. And damn they have not gotten over it although he won not 1 time but 2 times. Damn too bad he can’t show them by winning a 3rd time. LMBAO!

In response to letter to editor Fear-mongering over debt ceiling is a crisis manufactured by Obama in the Rocky Mount Telegram.

Response: A must read!

WASHINGTON — Barack Obama and Harry Reid needed to clear the air. The relationship between the president and the Senate majority leader had been deteriorating since 2011, with Reid losing respect for Obama’s ability to negotiate with Republicans and Obama unsure if Reid had as much control over his Senate Democratic caucus as he liked to say.

So at the White House’s invitation, the two met in the Oval Office on July 9, with no staff, to talk one on one. It was a cathartic moment, one in which long-buried tensions were fully aired. Aides to the two men tell a similar story: Their boss had been losing confidence in his counterpart and wanted the meeting as a way to buck up the other. (More)

You may have missed it, but over the weekend congressional Republicans admitted that they are terrified that any Social Security cuts will lead to their defeat.

If you have been paying attention to the politics of Obama’s chained CPI offer, you may have noticed that Republicans have been running away like their hair’s on fire away from his proposal. (More)

President Barack Obama has the opportunity, in this second term, to put his feet on history.  He won an election that his opponent had essentially claimed, he has been firm about that which he would negotiate on, and he has offered a progressive inauguration speech that offers up a liberal agenda, embracing Social Security and Medicare, uplifting immigrants and gay rights, and embracing ways to address inequality. (More)