Deshaun Watson has found his voice and is using it to speak out against racism in the NFL. The Houston Texans quarterback says he was conditioned to believe he wasn’t smart enough and lacked the education needed to speak out.

According to a recent interview with ESPN, the football player gets vulnerable and opens up about how he thinks the world perceives him as a Black quarterback.

“To keep it real with you, I feel like whenever a Black quarterback speaks up, the outside world sometimes doesn’t think they’re educated enough to know what’s going on. So in reality, they’re like, ‘Hey, y’all Black quarterbacks — shut up. Y’all don’t know what y’all talking about.’ “

The 24-year-old says he feels the pressure that comes with being the head of a team. Waston says especially as a Black quarterback he is aware that folks are judging his every move, from what he wears to how he speaks. He goes on to say his insecurities stem from the racism he experienced as a child growing up in Georgia and how these issues shaped his world view.

Visiting Carnegie Mellon University on Thursday, Tepper told CNBC’s Scott Wapner on “Halftime Report” that it’s “dead wrong” to characterize players who have protested to promote racial equality, better policing and criminal justice reform as anti-military or anti-American. He added that those who’ve protested “are some of the most patriotic people and best people.”

“That was the biggest pile of bull-dingy ever,” he said. “These are some of the most patriotic people and best people. These are great young men. It just makes me so aggravated and angry. OK? It’s just wrong. It’s just dead wrong.”

Tepper backed his opinions by highlighting how much certain NFL players contribute to their communities, noting that many who’ve stood up — or knelt — for social justice have also done things to promote change.

His comments come a day after Miami Dolphins wide receiver Kenny Stills, who continues to demonstrate during the anthem, received an award, not to mention praise from Republican Sen. Marco Rubio, for his “contributions to social justice.” (Read more)

The NFL on Tuesday released a statement that backing players who have raised awareness about social issues — including Colin Kaepernick, though they didn’t mention his full name.

“The National Football League believes in dialogue, understanding and unity. We embrace the role and responsibility of everyone involved with this game to promote meaningful, positive change in our communities,” the statement read.

“The social justice issues that Colin and other professional athletes have raised deserve our attention and action.”

The statement also highlighted some of the charitable work NFL players have done to support different causes. (Read more)

In May, NFL team owners agreed on a new policy to fine teams next season if their players do not stand during the national anthem. The move took many by surprise and was seen as a victory for President Trump, who had spent more than a year publicly criticizing NFL players for kneeling, and the league for allowing them to kneel.

Now the NFL Players Association has filed an official grievance against the policy.

On Tuesday, the NFLPA filed a non-injury grievance on behalf of all players, and said in a statement, “This new policy, imposed by the NFL’s governing body without consultation with the NFLPA, is inconsistent with the collective bargaining agreement and infringes on player rights.” (Read more)

(CNN)LeBron James thinks the President is using athletics, and athletes, to split up the country. And he’s rejecting the premise like an opponent’s ill-advised layup.

“What I’ve noticed over the past few months,” James shared with CNN’s Don Lemon during a sit-down interview on Monday. “(Is) he’s kinda used sports to kinda divide us, and that’s something that I can’t relate to.”

Referencing Colin Kaepernick, whose kneeling protests during the pre-game national anthem launched an NFL movement, and more recently, Stephen Curry, who honored his promise of skipping a visit to Donald Trump’s White House, James bemoaned a myriad of instances in which the President has twisted peaceful displays of dissent into an indictment of a decaying American value system. (Read more)

The NFL rule says a player can stay in the locker room while the national anthem is played. However some coaches have taken it upon themselves to tell their players they must come out and stand.

So it is obvious those who have a problem with the players staying in the locker room and kneeling during the anthem is ignant to the facts, in denial or don’t give a damn about others freedom of speech. Oh but the same folk will say it is about freedom.

I am so damn glad I can see, read and comprehend for myself. 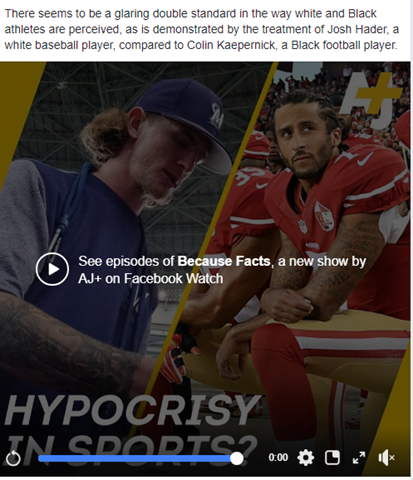 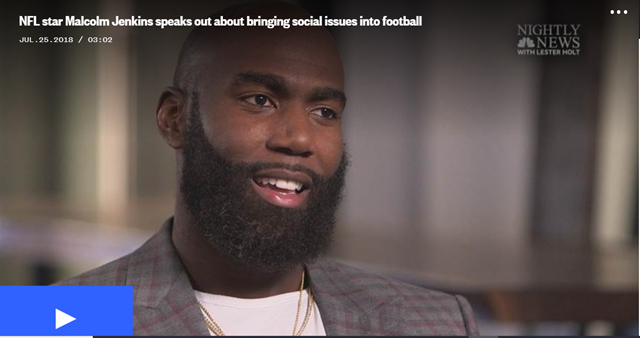 The Gate Keeper: response: But when do the white players stand with the black players and say we are unified and that they support the movement? Damn shame when you have folk like myself out here speaking truth to power broke but these guys got money and scared to take a stand! Damn they may as well be on the damn plantation. 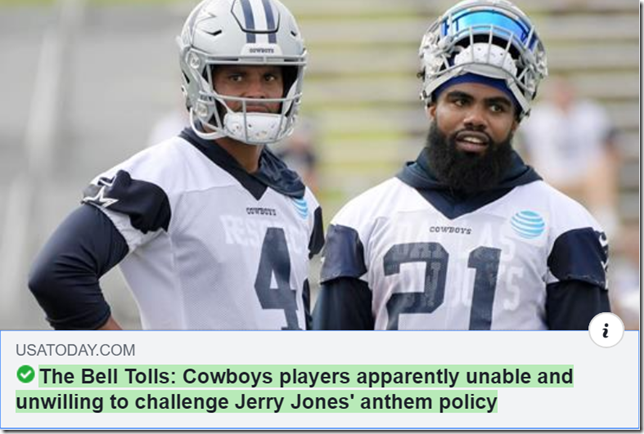 New York Giants co-owner Steve Tisch will not punish his players for any anthem displays of protest and hopes that President Donald Trump will focus on other issues, he told The Hollywood Reporter Tuesday.

“Hopefully he’ll have much more going on that he’s going have to deal with and should deal with and must deal with than worrying about what NFL players do,” Tisch told The Hollywood Reporter Tuesday night at the premiere of The Equalizer 2. “He has no understanding of why they take a knee or why they’re protesting. When the new season starts, I hope his priorities are not criticizing the NFL and telling owners what to do and what not to do.”

His comments come during a week when issues surrounding the anthem have resurfaced in part due to a joint statement released by the NFL and NFPA Thursday. That statement included that there will be no new rules issued relating to the national anthem, and that none will be enforced over the “next several weeks” while they continue to have “confidential discussions.” (Read more)

With the Miami Dolphins facing backlash after submitting required paperwork to the NFL that included potential disciplinary measures for player protests during the national anthem, the league has decided to hit pause on its new policy, sources told ESPN.

The league and the NFL Players Association issued a joint statement Thursday that said “no new rules relating to the anthem will be issued or enforced for the next several weeks” while both sides continue to hold discussions to figure out how to move forward.

“The NFL and NFLPA, through recent discussions, have been working on a resolution to the anthem issue,” the joint statement said. “In order to allow this constructive dialogue to continue, we have come to a standstill agreement on the NFLPA’s grievance and on the NFL’s anthem policy.

“The NFL and NFLPA reflect the great values of America, which are repeatedly demonstrated by the many players doing extraordinary work in communities across our country to promote equality, fairness and justice. Our shared focus will remain on finding a solution to the anthem issue through mutual, good faith commitments, outside of litigation.” (Read more)

Washington (CNN)A majority of Americans, by a 58% to 35% margin, believe NFL players who kneel during the National Anthem in protest are “not unpatriotic,” according to a new Quinnipiac University poll released Thursday.

By a 53-to-43% margin, Americans say professional athletes have the right to protest on the playing field, though 51% of voters said they support the NFL’s new policy requiring players to stand.

The poll also found that there was a partisan split, with 70% of Republican voters saying taking a knee was unpatriotic, while only 11% of Democratic voters agreed.

Thursday’s poll was conducted from May 31 to June 5, partially after President Donald Trump announced that . . . (Read more)

As players whom have been advocating for social justice for the past year, we appreciate the opportunity to engage with you, the league, owners, coaches and GMs to make our communities stronger. As we shared with you, the silence following our individual and collective demonstrations around the national anthem to raise awareness to racial inequality and issues surrounding criminal justice reform has been met with inconsistencies in press coverage and perceived lack of support.

To recap our discussion, currently there are more than 40 active players who have participated in our “Players Coalition” to work on criminal justice reform on various levels (some more than others). Below is a summary of the activities we have conducted to date.

Our focus has been to identify and place our efforts on the key areas of reform where our influence and support can make a . . . (Yahoo News)

The Watch Dog response: But race don’t matter! Ya’ll better wake the hell up. Some think it is open season on black folk coming from the white house. Well they gonna learn the day!

(CNN)The NFL put out a statement on Wednesday denying it had capitulated to President Donald Trump and banned players from kneeling when the National Anthem plays before games.

This remains true, so far as we know, in the abstract. The league has not imposed any formal restrictions. (Yet. There are more meetings planned.) But even as Dallas Cowboys owner Jerry Jones threatened on Sunday to bench any player judged to be “disrespecting the flag,” the presidential blitz continues — and it becomes clearer that the NFL and ESPN’s attempts to appease Trump have failed. (CNN)