The Nash County Sheriff’s Office is holding a “NCSO Community Forum” on Saturday, July 23, 2016 from 11am-1pm at the Nash Community College. The event will be held at the Brown Auditorium.

The event is being held to continue to address the questions many have had about the recent events involving Law Enforcement around the country, how persons should react when dealing with Law Enforcement and what actions to take when you feel you have been treated unfairly. The goal is to further the positive relationships that Nash County and local law enforcement has with our citizens and others that we serve.

We will have a Paneled Forum with Law Enforcement, Educators, FBO’s and community leaders. We will have an Audience Q&A Session. We will also, have different scenarios and vehicles set up inside the auditorium to show different types of interactions involving civilians and law enforcement.

We are asking all of Nash and the surrounding areas to come out and be a part of this pivotal moment.

“The task force would not be a specialized assignment for officers in each agency, but instead a collaboration of manpower working to utilize shared databases and undercover operations to prosecute suspects plaguing communities throughout the area. Contrary to some rumors, Wooten said the task force would not utilize interdiction on the highways.”

So this make it appear that the agencies are not collaborating now.

So now after several news articles “interdiction” is a rumor. So funny how this didn’t come out earlier. It is my opinion that “they” are trying to discredit the Rocky Mount Chief of Police.

But why so many news articles about this?

I find it interesting that none of the other agencies are quoted in the articles. I find the following to be quite interesting. Verbal agreements? Something of this magnitude should be in writing since it is about a grant. But this is just my ignant opinion.

“So far, Wooten said they’ve reached verbal cooperation agreements with police in Tarboro, Nashville and Wilson along with several other state and federal agencies. He said the memorandums of understandings would be formalized in January and officials are working to bring in other agencies before then.”

It is no doubt that this task force will happen because the powers that be will make it happen.

The development of a regional drug and gang taskforce still is in the works as officials await word on a grant application.

Earlier this month, Nash County Sheriff’s Major Dennis Wooten spoke with Nash County commissioners about the planned task force and officials lamented not having wider participation from other law enforcement agencies, such as the Rocky Mount Police Department. Wooten said it will be January or so until they hear about the grant application that would cover the costs of hiring a retired federal agent to coordinate the task force, so in the meantime, they are continuing to develop the planned collaboration. (Source: Read more) 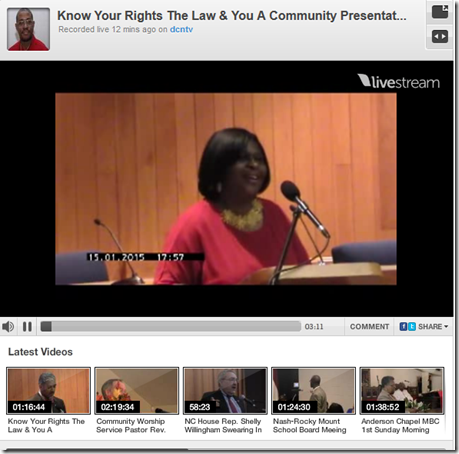