The Gate Keeper: This made no damn sense to drink on election day knowing the climate in Sharpsburg.

Sharpsburg’s mayor pleaded guilty Monday to driving while impaired in connection to his election-night arrest.

Robert L. Williams Jr. was sentenced to a day in jail, 24 hours of community service and two years probation.

Williams’ blood alcohol content was .13, according to court records. The legal limit in North Carolina is .08.

Williams was elected May 8 after a court-ordered rematch of the race he lost by three votes in 2017.

Williams appeared to be impaired as he left town hall, which was a Nash County polling site, on election night. (Read more)

SHARPSBURG — A law enforcement group has accused Mayor Robert L. Williams of lashing out at town police with racial slurs and rude hand gestures on the heels of his drunken driving arrest.

State PBA Executive Director John Midgette wrote a June 7 letter to the mayor and commissioners claiming “a pattern and practice of inappropriate conduct by the mayor toward the town’s police officers to include racially charged insults and inappropriate hand gestures directed at officers.” (Read more)

SHARPSBURG, N.C. — Mayor Robert Williams interrupted an emergency meeting by the Sharpsburg Board of Commissioners on Tuesday evening to claim local officials and police are biased against him because he’s black.

Williams then stormed out, pushing a television news reporter out of his way.

Less than two weeks after that, Williams was pulled over again and cited with driving while his license was revoked. His pending DWI charge meant he wasn’t supposed to be behind the wheel. (Read more) 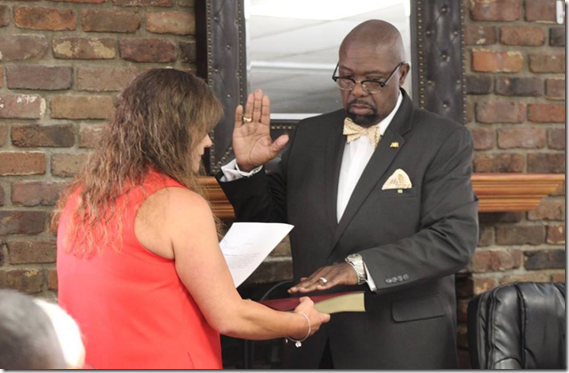 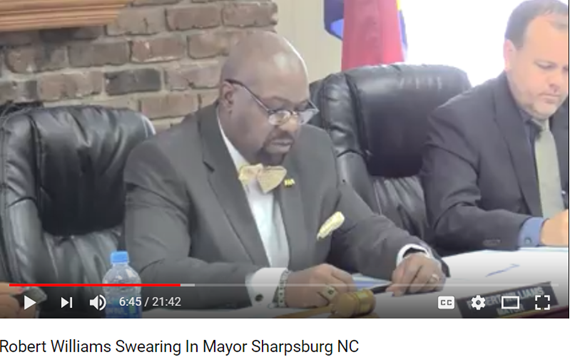 Williams lost by four votes to Randy Weaver in the Sharpsburg mayoral election last month. However, Williams filed an election protest with the county elections board alleging that voter fraud occurred, which he contended cast doubt on the results of the election. (More)