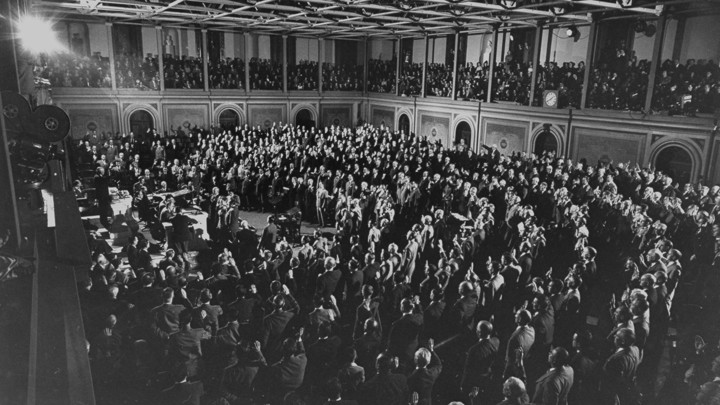 Is a color-blind political system possible under our Constitution? If it is, the Supreme Court’s evisceration of the Voting Rights Act in 2013 did little to help matters. While black people in America today are not experiencing 1950s levels of voter suppression, efforts to keep them and other citizens from participating in elections began within 24 hours of the Shelby County v. Holder ruling and have only increased since then.

In Shelby County’s oral argument, Justice Antonin Scalia cautioned, “Whenever a society adopts racial entitlements, it is very difficult to get them out through the normal political processes.” Ironically enough, there is some truth to an otherwise frighteningly numb claim. American elections have an acute history of racial entitlements—only they don’t privilege black Americans.

For centuries, white votes have gotten undue weight, as a result of innovations such as poll taxes and voter-ID laws and . . . (Read more)

Arthur Johnson Because the electoral college was put in place protect the 13 slave states. They control 170 electoral votes. It was put in place by Virginia to protect the southern states because of Slavery. It’s long past run its course. Its time it is abolished because with it in place the voices of the people were ignored…… again.

Curmilus Butch Dancy II Thanks! Just want someone that read this post that didn’t know now they know.
You see my brother that is an educational moment because folk black and white act as if racism do not still exit. Until the bill of sales are paid in full to eliminate everything connected to Slavery they will continue to reap the benefits of white privilege.

View results from the 2016 Presidential Election

Results from the 2016 Presidential Election will be posted as they become available.

The Office of the Federal Register, on behalf of the Archivist of the United States, prepares Electoral College instructional materials for the Archivist to send to the governors of the 50 States and the mayor of the District of Columbia.

Click here to learn all about the Electoral College Process.