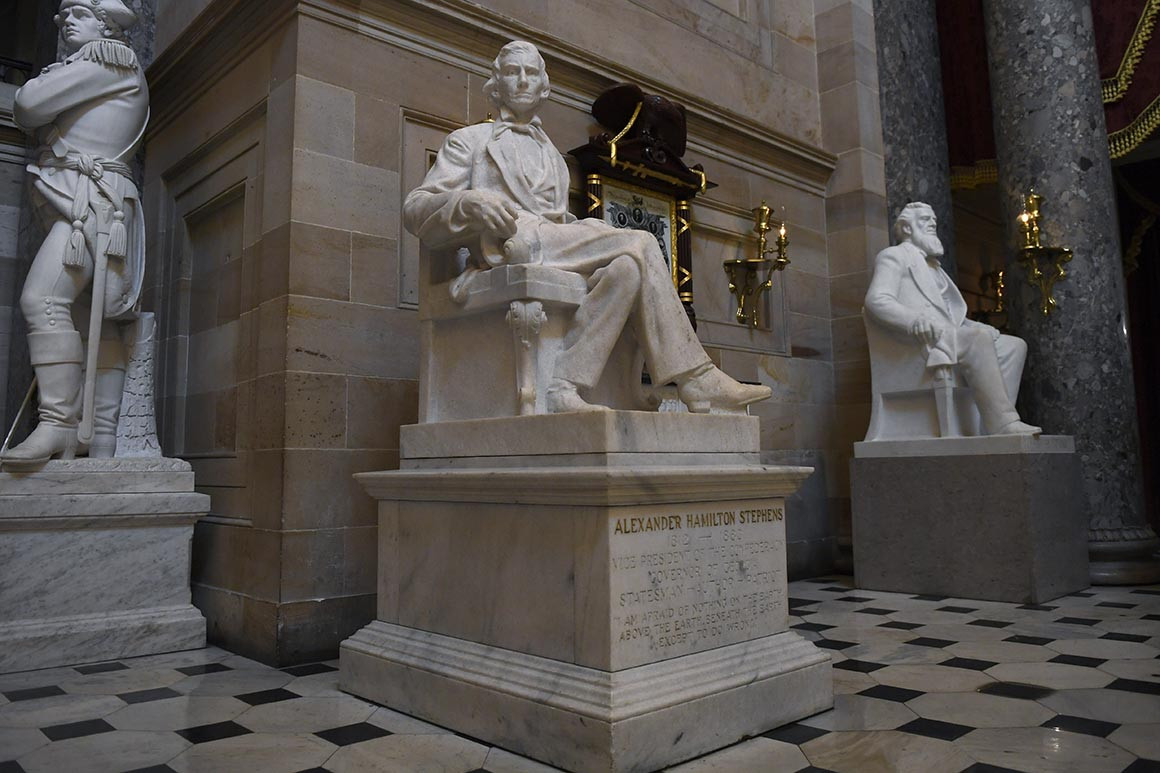 A statue of Alexander Hamilton Stephens of Georgia is on display in Statuary Hall in the U.S. Capitol. | AP Photo/Susan Walsh

The House voted overwhelmingly Wednesday to remove Confederate statues from the Capitol, the latest effort by Congress to respond to the nationwide protests over systemic racism and injustice.

The bill would remove the bust of Chief Justice Roger B. Taney from the Old Supreme Court Chamber, in the Capitol. Taney authored the Dred Scott decision in 1857, which declared African Americans couldn’t be citizens and was later widely panned. The Taney bust would be replaced with a statue of Thurgood Marshall, the first African American Supreme Court justice.

One thought on “House votes to remove Confederate statues from Capitol”