Fury over the killing of Ms. Taylor by the police fueled tense demonstrations in Louisville, Ky., and elsewhere. 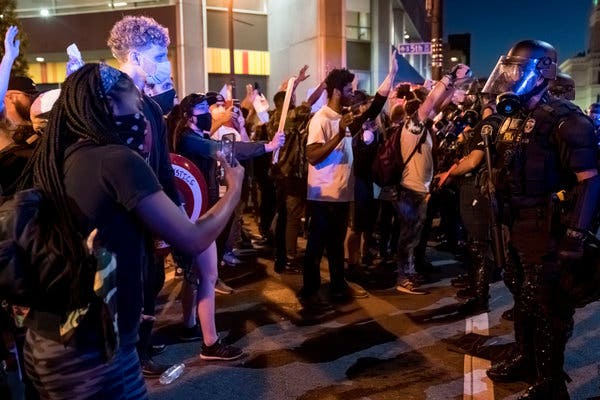 Protesters clash with the police on Friday in Louisville, Ky. They were calling for police accountability in the fatal shooting of Breonna Taylor.Credit…Whitney Curtis for The New York Times

By Richard A. Oppel Jr. and Derrick Bryson Taylor

While the death of George Floyd in Minneapolis unleashed a wave of protests across the country, fury over the killing of Breonna Taylor, an African-American medical worker in Louisville, Ky., by the police also drove tense demonstrations in that city and beyond.

Since the protests began in late May, Louisville officials have banned the use of no-knock warrants, which allow the police to forcibly enter people’s homes to search them without warning, and, on Friday, announced plans to fire one of the officers involved in the shooting.

What happened in Louisville?