Commissioner Viola Harris see this is how untrues get spreaded. The only thing left to do now is for the Rocky Mount City Council to hire someone to remove the statue from Falls Road and put it in storage where the other 4 parts already lies.

My friend before you attempt to speak on this issue you should have picked up the phone and called one of the city councilmembers. If you don’t know all of them I know you know Andre Knight, Reuben Blackwell, Richard Joyner and TJ Walker. However I think you know Chris Miller also. Hell you could have asked me. Maybe you forgot but I served on the Rocky Mount Human Relations Commission and we held a series of community meetings discussing the confederate monument. 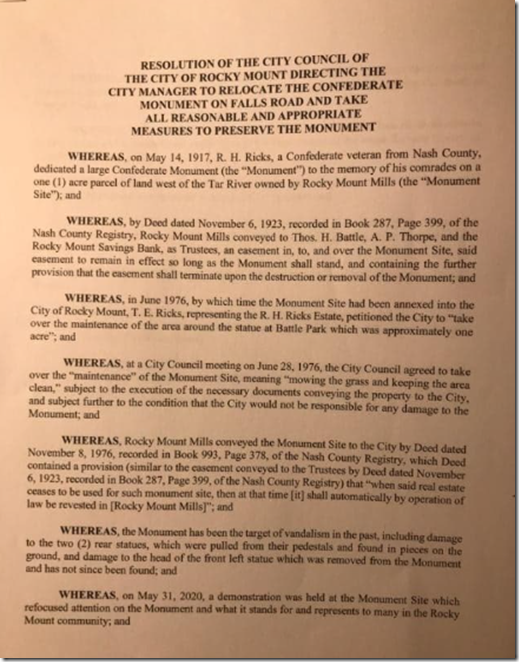 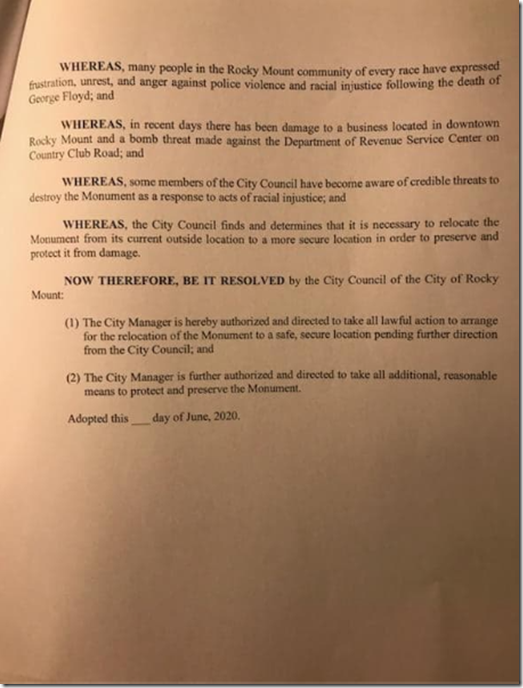 It may not be so easy to accomplish. 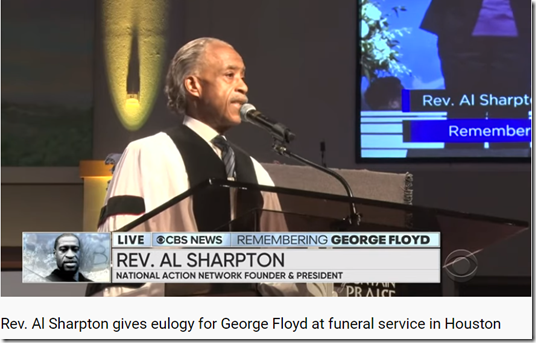 Click On Photo To Watch Video
Reverend Al Sharpton delivered a powerful eulogy for George Floyd at his funeral service in Houston. “God took an ordinary brother from the Third Ward, from the housing projects… and made him the cornerstone of a movement that’s going to change the whole wide world,” Sharpton said. Watch his full remarks.

Somebody called me and said I call them Safe Negro Black Folk  and that during the funeral today Rev. Sharpton called some Pastors Holy Punks in the Pulpit.

Rev. Al said it ain’t no need to act like this is a new need to add social justice to your program on Sunday morning. We are here for the long haul.

But we have Black folk talking about Black folk playing the Race Card. Get the hell out of here.

What in the hell does that mean “Save America.”

While some Black fo 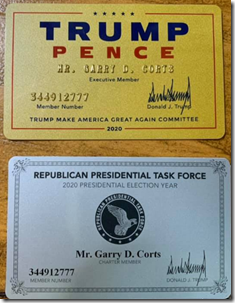 lk are playing it safe you have some Caucasians who are working on holding Black Folk right where they are.

Black folk you better wake the hell up because there are some Special Cs who are talking about how they love Black Folk, want unity and all things that will make America a better place to live, work and play but these same folk are working against your ass and you are playing it safe. Well keep your safe ass away from me because I have been fighting for justice, equality, equity for all since the late 80’s. If you ain’t about what is good for all folk then you don’t love Black folk and what is good for all folk.

I don’t know Garry Corts however we are Friends on Facebook. I believe he sent me a Friend Request because he is friends with Troy Davis. I look at how he says he supports Troy but then I look at how he be posting some mess that shows me another side of him.

When I see this Trump Card and how Special Cs have a problem with a card that benefits all folk the Obamacare Card and these same folk act like it is the worst thing that could have happened. This makes me look at some folk side ways.

As we are in this season Black folk better wake the hell up and look around them to see who are saying they truly love you while their asses are working against you and smiling in your faces.

Well I read codes and b.s. so I am good. I am going to continue to speak out against injustices and not going to sugar coat b.s. I ain’t mad with nobody because I am going to stand up against mess.

Special Cs we can be Facebook Friends but I be damn if you are a friend that I would be associated with outside of Facebook doing what real friends do. Know the difference.

Now the post by Garry Corts and his Trump Card is not on my page but was in my newsfeed. I am sharing it here so Black Folk you will know that you better wake the hell up.