Sponsored by The Phoenix Historical Society and the African American History of Edgecombe County, the ceremony highlighted the efforts of workers who walked out on the job in support of Evans who was charged with theft, arrested and suspended from work for removing a suit of clothes left near trash. The marker is located at the corner of Atlantic Avenue and Spruce Street, once the location of the sanitation department.  The strike reshaped the labor movement in the state of North Carolina.

Following the unveiling, the city’s Communications and Marketing Office premiered an hourlong documentary focused on the strike.
### 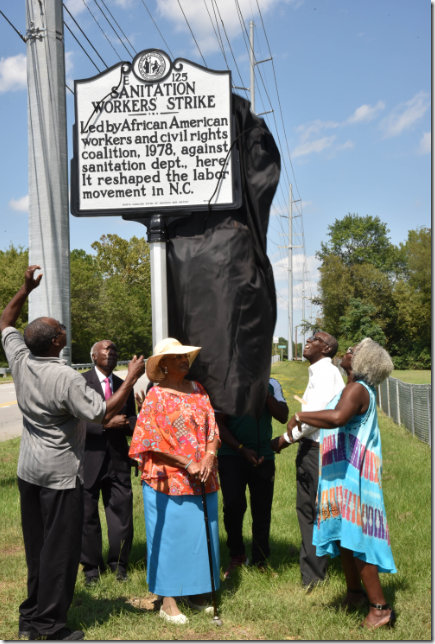