Robert Cordle, a Democrat who is the new elections board chairman, declined to comment to the N&O until after the meeting Monday. David Black, a Republican board member, said he wouldn’t reveal who he thinks will replace Strach, but that he understands the majority on the board does want her gone.

“Kim Strach will be replaced,” he said. “I can’t comment on who that person may be right now.”

Gannon said Strach is not available for an interview.

Strach has spent 20 years at the board of elections, rising through the ranks from investigator to executive director, when she was appointed to the top job in 2013 during Republican Gov. Pat McCrory’s tenure.

The News & Observer has reported that Strach investigated at least three top Democratic politicians who were convicted of crimes — former Gov. Mike Easley, former Speaker of the House Jim Black and former Agriculture Commissioner Meg Scott Phipps. And Strach’s husband, Phil Strach, is one of the main lawyers that Republicans in the General Assembly have hired to defend them on lawsuits related to election law issues such as gerrymandering and voter ID. (Read more) 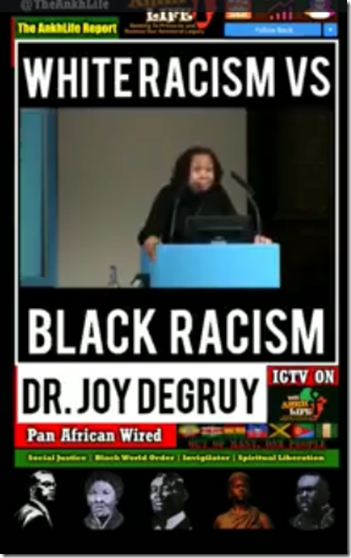 The Political Agitator’s response: This dude right here is hilarious. Cunning says “Lots of friends and acquaintances ask him to run.” Really! He has teamed up with some Special Cs  who have a problem with Andre Knight and Reuben Blackwell so Cunning is their goofer along with Tarrick Pittman. Cunning, Pittman and Kevin Jones are using kids to attempt to get on the council. The white candidate Sandy Roberson is using kids to push his agenda as well. These folk can’t even vote for them. They can give them a few dollars but unless those dollars can buy black folk votes, then they will come out looking as ignant as they sound. Rev. Richard Joyner has done a good job since he has been on the council. The car wash last week I bet if the truth be made known the $3000 raised probably came from the Special Cs donations because the car wash was free and was not a fee set like most car wash fundraisers are done. The mess about taking children to the beach is as hilarious as it get. Take the children to the beach, come back and do what? They will come back to a city where some Special Cs are trying to hold them right where they are. Want to impress somebody do something that will make a damn difference such as asking why the damn Pizza Inn closed? Some of these kids can’t past the wall to Hunter Hill to get to that Pizza Inn talking about going to the beach. These kids have limited places to go to on the Edgecombe County side so tell them to advocate for a grocery store at the Crossing at 64 and other things on the Edgecombe County side. When these Special Cs show me they can influence good white folk to put some businesses on there other side of the wall from where they live, then black folk will be able to see what they call unity and Love Rocky Mount as they have began a campaign. I refuse to be silent by allowing these Special Cs and the Ignant Safe Black Folk who are helping them push their agenda against what I have been advocating for for my family and friends that live in Rocky Mount where I have worked for the past 32 years. Gwen Wilkins announced she was running and not one comment on the Telegram but they are talking s…. about her on the Special Cs geared social media sites. She thought when she went after Andre Knight that they were going to love her. Nope they compared her to him. She Unfriended me on Facebook so I guess she has blocked my phone number so we can talk anymore as well. Cunning, Pittman, Jones and Gwen I ain’t your enemy but you gonna find out who the real enemies are.

An often outspoken opponent of some council members says he is strongly considering a run for a seat on the Rocky Mount City Council.

Johnny Cunningham, a well-known advocate for impoverished communities, rehabilitated housing and a frequent speaker at City Council meetings, has his eyes set on the council’s Ward 3 seat.

Williams is running for mayor. Wilkins has announced a campaign for the Ward 3 seat. Richardson has expressed interest in running in Ward 3 as well. Patterson’s political plans aren’t immediately clear.

Cunningham said in a crowded field, he’s the best choice.

“Lots of friends and acquaintances come up to me and ask me to run, so I’m giving it a lot of thought and prayer,” he said. (Read more)

The Special Cs get on Facebook day after day and bully folk and then when they post something in my inbox and I let them know that I ain’t going to allow that this is what happens. How does this go against the standards when I posted to let them know when they come in my inbox I am going to make their mess public.