I heard that Lindell Kay met with Tarrick Dinell Pittman on Thursday March 7 to do an interview about his campaign kickoff to be ran in the Sunday Rocky Mount Telegram.

I read that Tarrick Dinell Pittman voter’s registration and he is listed as Unaffiliated. I heard he has moved from Ward 3 to run against Andre Knight. Some Special Cs are saying that Tarrick is running is in Ward 1 and he actually lives there. What they forgot to say is he just moved there because on the Board of Elections Website his voter registration has not been updated yet.

I heard that Tarrick Dinell Pittman is running per some Special Cs. I heard that Tarrick is supported by the Republican candidate for Mayor Sandy Roberson a millionaire and he will be contributing a huge amount of funds to Tarrick’s campaign. Campaign finance report will validate how much is contributed.

I have talked to some folk who have been in Tarrick’s presence and they said he is anti Andre Knight. I heard that Tarrick didn’t say anything negative about Andre in his interview so if that be the case, what in the hell is he running for other than because he is representing the Special C audience that is just mad as hell. they want to see Andre fired. Damn that ain’t right I had a Trump moment, “You are fired!” They want Andre voted out.

It is a damn shame when Ignant Safe Black Folk forget who helped them along the way but just because they did some ignant mess, they turn on those who helped them but try to discredit the helper. It is no secret there has been some issues with Tarrick as it relates to his business downtown and he was in the papers addressing it.

I have been actively engaged in Edgecombe County Politics since the late 80’s serving on the Edgecombe County Democratic Party where I currently serve as a Precinct Chair and serve on the Edgecombe County Executive Committee. Hell yeah I keep a pulse on Democrats and especially candidates who want to run and make decisions that affect me and others in the county. Since Tarrick has moved from Nash County to Edgecombe County, well I am going to hold him accountable for his actions during the campaign process just like I have done others over the years and continue to do.

I will be waiting patiently until Sunday to see what came out of the interview.

I just want to say that although you and I differ on our opinions. I take pride in being open minded and not only listening but absorbing and even trying to understand the opinions of those that differ from myself. I do consider the backgrounds our those people with different opinions and I attempt to put myself in their shoes, so to speak, when listening and try to understand them. I want to point out that when I say I attempt to put myself in their shoes I mean mentally I consider everything I know of the person not only their race but their experiences, age, gender, and anything else that I know able them, at the same time I acknowledge the I am not them and can never fully understand exactly where they are coming from because I didnt walk see hear or experience the things that contributed to them becoming who they are. Anyway I what to thank you for voicing yourself and speaking your mind. Furthermore I would like to thank you specifically for a video you posted of the RMHRC I which you made it known that that was a meeting open to the public. I honestly am just starting to take interest in expanding my knowledge and participation of local government and community activism. somewhere I saw you say you were in your late 50’s and that you’ve been actively participating in meetings and other community dealings for over 20 years so I feel as though you may have been about my age when this became a passion of yours. I know you know alot have seen alot and hell probably done alot and honestly I feel that you could teach me alot. I feel that a vast majority of people everywhere not just locally only research and actually try to understand points of views, policies, and facts that agree with their own ideas and ideals. In my opinion this limits their ability to make change or at least make justified and fair change that considers all walks of life. With all th his said I invite you to share, no change that, I’m asking you to help me to gain a knowledge and understanding of local things I can participate or even just listen in on (like the HRC meetings and the committee as a whole meets) when are these meetings were are they? but not just limited to that any community functions and assemblies(like I said my relatively new to this and what what understand you are very experienced) But not just that I also ask that you share you view and knowledge of goings on that I can not get without speaking with someone with your experiences. I also want to have debates and such with you (because most people who debate with me end up quitting or giving up never really revealing why they feel like they do or not justifying their beliefs, and from seeing some of your post that have created smoke the people who oppose you just end up blocking you or dropping out of the actual subject matter. Anyway I see that you are a man that stands up for what HE believes in and typically back up you opinions with facts you have gathered through you own research I admire that and even though we differ I think we agree on the need for facts and I wanna hear what you got to say even if i dont l like it 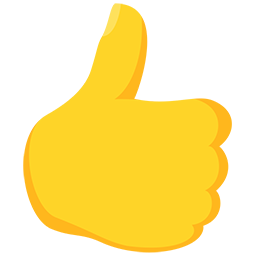 ME: Thank you. What do you consider a debate? An example please.

Send me another Friend Request.

Let me go and find something one give me a second

ME: Wow! You ought to have something already in mind since you are so passionate about all that you just stated.

ME: What do you mean in my shoes? You believing Knight is not a good councilman is not up for debate for me because that is your opinion. I base my opinions on facts. That is too ignant he is doing what he was elected to do. What is that? That let me know that you have no clue about how politics work. You say he has a self serving agenda? That is not up for debate because that is your opinion. Answer my questions sir.

ME: That is my point I don’t debate opinions. I speak to facts and let others talk their opinions. I say what I mean based on facts. I am going to ask one more time what do you mean in my shoes?

ME: Okay I am done so you want to use my page as a platform to get your opinions out there. Sir not going to happen. I am not going to entertain your b.s. about what you feel about Andre. You response about being in my shoes is about as ignant as them Special Cs I have been dealing with and I ain’t got time. I have never wanted for anything so I have been and continue to be a voice for the voiceless, the young folk and the elderly. I have said over the years the in between folk can about take care of themselves. What you ain’t fitting ready to do is to talk to me about your opinions of Andre with all of this opinionated b.s. I ain’t got time.

Yes I blocked Lance Strange because I ain’t got time. I am online trying to write a post on my blog, researching information and other while I gave this dude some time but it was all b.s. and I just don’t have that kind of time. I work a real job so my time online is valuable. I don’t work a real job where I can be online all day and be able to respond like some of these Special Cs can.

Folk don’t send me a Friend Request if you think I am going to treat you Special and take time to respond to your ignant conversation based on opinions and not on facts. I base my opinions on facts so therefore I don’t do debates. Facts can’t be debated and that is what I speak to, the facts as presented to me and I will stand behind them until I am proven wrong.

I will accept Friend Request from anyone but what I ain’t fitting ready to do is to allow you to think you are going to use me because I have a hell of a Blog, in which the information goes to my Twitter, LinkedIn and Facebook Accounts and I have a huge audience. And the main thing is you ain’t going to draw me into what some may call a debate because that is not a debate but just simply a damn mess. There is a difference in a debate and a damn mess.

For those who don’t know, in denial or just don’t give a damn when it comes to who I am and my platform, ya gonna learn the day!

Now Run & Tell That! Cause somebody up in here is friends with Lance Strange and some other folk that need to know.

I am for justice no matter who it is for or against.

I am Unbought and Unbossed!

Note: Folk just don’t know the inboxes that I get from folk and comments on my blog that I have to approve for others to see. I ignore the ignant racist Special Cs and Ignant Safe Black Folk.