The following is very very lengthy so read slowly and/or read it more than once so you will get it.

“I Been Me They Been Mad”

Making sure you recieved questions and whether you are able to respond by noon Thursday.

Ok. So after complaining that I didn’t contact you about a story years ago, you have chosen to ignore me now when a story really is about you. Share this message like the rest so folk can see that Dancy chose not to comment when they read the story about your illegal appointment in Saturday’s newspaper.

Nope didn’t complaint just stated a fact. It ain’t been years ago only, most recent just last year. Hell yeah I ignored you because I can. I have no problem with sharing the message but damn ignant you will incorporate it in the story. I can’t wait to read it. Just do the damn thing!

I’m a jackleg who should be fired, remember? I take a little longer to do things…

I admit I had to look up jackleg to male sure it meant what I thought it did. Nice use of words.

I feel bad for you that you see enemies where they don’t exist like a modern day Don Quixote. But it is what it is. I’m a professional jackleg and you’re an amateur agitator. Ain’t we both content. Good night. God bless you.

Don’t feel bad for me because I am just fine.

I stand by you are a jackleg so you can add to and take away whatever. I have no control over how you see yourself and got sense enough not to attempt to do such.

You say, “Ain’t we both content?” How ignant because I can’t answer for you. However I am content and loving every minute of you trolling my inbox trying to get me to respond to you. I repeat just do the damn thing!

Previous messages leading up to the above.

I have been waiting to see the Lindell Kay story about me in the Telegram. I posted a recently I am waiting for the next story and this is the story I was talking about. I had heard about he and the crew doing a story about me so interesting he is trying to reach out to me via email. Really!

Tonight makes the 2nd time he has sent me a message and the Good ole boys have sent him after me.

Funny how when I asked him did he want to sit down and talk about all those I named since he said me saying certain things was racist, he said nope.

Read the following and see what is coming soon in the paper.

I am quite sure Lindell is still listening to Rev. Roosevelt Higgs. LMBAO!

Lindell added you on Messenger.

Rocky Mount residents and members of the City Council said it’s time to topple a Confederate monument on Falls Road in the wake of tragic events in Virginia involving white supremacists clashing with anti-protesters.

I’m writing about monument in Tarboro for the weekly. Would you talk to me about wanting it coming down?

I do appreciate and thank you for reporting what is going on in the now.

Cool. Know anyone in Edge outside of RM that want to talk?

Staff writer Lindell Kay will appear on two local news programs to discuss the first article about Denise Williams, a Rocky Mount woman who disappeared and was later found dead in 2003.

In your recent rant about WHIG, you come across as pretty racist. You might want to check yourself. I don’t know why you define it as a “white show.” And why is everyone you disagree with an “ignant ass.” Can’t we all just get along, Curmilus?

Recent rant I been calling their ignant asses out over the years so didn’t just begin now. You check your damn self because it is you who did articles on me without contacting me but typical of certain journalist. Always have been a white show if you say so because I don’t recall calling it that especially when I am calling out 2 ignant ass black folk that call in with accusations without any proof. I will not allow ignant ass white folk and ignant ass black folk to attempt to discredit black folk and/or white folk when I know they are making accusations about them and has no proof but just throwing out mess and WHIG-TV and I named the Telegram and The Community Council. I stand behind what I say. I get along with anyone that are about truth. 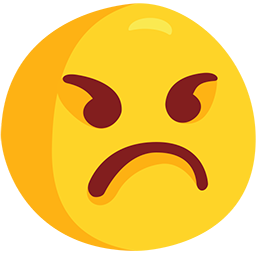 Do you want to sit down and talk about my issues with all that I have named sir?

I knew that would be your response that is why I asked. However why did you see the need to contact me about WHIG-TV since I didn’t mention you?

Just an observation. Nothing to do with WHIG. Been following you on Facebook for a while now and see that EVERYTHING is about race to you. Just pointing that out.

That is a lie because the last time I checked I call out black folk as well as white. But the problem is some folk have a problem when black folk ain’t afraid to talk about issues and call it as is.

I’m happy to talk about the issues. And I greatly respect you for what you do. I truly believe you help our community by exposing things and agitating the political process. But saying things like “white show” is racist. What if I called Bronson’s show a “black show” in the same derogatory manner? You’d be all over that.

If you are correct let the trues fall where they lie. I used to be on that station Wednesday nights 9 – 11 PM. I used to have a radio talk Show on WCPS in Tarboro on Wednesday from 4 – 5 PM. Bronson em do not allow folk to call in with accusations against white folk or anyone.

Had my own talk Show over there where Bronson is and my show was a hell of a lot better.

I’m sure it was. In not defending WHIG at all. I don’t line up politically with them at all.

No problem but like I said I know the history. But we can get together whenever.

Mr. Dancy, I missed you at the meeting today. I had questions for you related to the city’s Human Relations Commission. If you provide an email address I will send them to you tomorrow.

What kind of questions?

I presented questions to the city today about you serving on the commission while not being a resident of RM, which is required by city code. I also asked whether certain online statements made by you are in line with the commission’s purpose of respect and harmony. Happy to send you everything, but I need an email address.

Gene Metrick has my email how do you think I have been sending letters to editor? Plus you follow my blog and all of my contact information is there. But since that was too hard my email address is cdancyii@embarqmail.com

Thanks. I wanted from you as an acknowledgement I would be sending it. While I have mentioned you in previous stories I’ve never written about you. Since this story will be about you I wanted to make sure you have a chance to respond. Thanks.

Hell if you mentioned me in the others they were about me may not been totally but you were trying to get a point across as it relates to me and my boldness. Oh so now you want to say you acknowledged me but do you not remember this is not the 1st time you have messaged me? Well I am going to help you remember. Ya’ll always trying to silence black folk who ain’t afraid to speak truth to power.

Never said we haven’t messaged. I have all the messages, same as you. Who is “y’all?” I’m not trying to silence you. We allow you comment – even insult me – on the Telegram website. And we run your letters to the editor. What are you talking about? You are free to say and do as you please. I’m questioning the city for allowing you to serve while 1) it’s an illegal appointment and 2) your racial slurs and divisive language isn’t in line with the city’s human relations commission purpose of harmony. No go tell that.

Hey, thanks for posting our private conversation on your public page. I had forgotten all the racist statements you had made. In that last post I left out the w in now when I meant to say NOW GO TELL THAT!

The following is about as ignant as it gets. I can’t wait to read his article in Saturday’s paper.

Questions for Curmilus Dancy in reference to the Rocky Mount Human Relations Commission.

Mr. Dancy you serve on the city’s Human Relations Commission. According to the city’s Code of Ordinances Division 4, all members of the commission must be residents of Rocky Mount.

How were you appointed to this commission and how have you served for approximately a year in violation of the city code?

Beyond the technical reason you shouldn’t serve on the commission there is a question of your public online statements.