The Watch Dog response: Thank you Councilman Reuben Blackwell for your brief response on social media.

I usually don’t comment about local political issues because I do plenty of talking in the public square. First, if like to encourage Rocky Mount residents to actually come to meetings where information is completely and freely shared. If we’d educate ourselves we wouldn’t have to depend on people’s interpretations to define our positions. Secondly and respectfully, Rocky Mount does not compare in any way to Roanoke Rapids. This City Council did our homework. We didn’t depend on a star’s alcoholic brother to tell us anything. This Council and staff hired the BEST consultants in the country, visited and interviewed in-depth, at least 10 facilities in different cities to learn OURSELVES what has and has not worked. Third, we went to Wall Street and presented our business and finance plan and raised $40 million from banking investors around the world in half a day. And fourth, determined that we would further access one of the Fastest growing and recession insulated industries in America, Youth Sports. Rocky Mount already attracts 100,000 visitors a year in our outdoor sports park which equates to $12 million and hundreds of jobs for our City and region annually.

Fastest growing and recession insulated industries in America, Youth Sports. Rocky Mount already attracts 100,000 visitors a year in our outdoor sports park which equates to $12 million and hundreds of jobs for our City and region annually.

We are not halfway finished building and people, leagues and organizations are already inquiring and desiring to book space. Sixth, if HBO RealSports can feature us and congratulate us, I figure that I’m not really concerned about the Fake News that WHIG and their racist, sick, negative friends lie about on a regular. I just encourage everyone, and especially folk who want to see our City grow and prosper, to have as much faith in the people who fight for your health, wealth and prosperity everyday as you do to negative, myopic and intentionally misleading people with narrow minds, smaller agendas and no concern for you and your families’ well-being.

Guess I said enough and I’m not trying to embarrass or hurt anyone. Just want folks to know who is for you and who is not!

And Bronson Williams didn’t mean to hijack your page. Forgive me please.

“I appreciate Chief Moore’s service to the citizens of Rocky Mount, the reduction in the crime rate, and his contributions to the leadership and development of the police department staff,” said Small-Toney.

During Moore’s tenure, a number of community outreach efforts were implemented, such as Lunch with a Cop, a program in which law enforcement officers join students at various elementary schools for lunch and talk with officers about a variety of topics. Coffee with a Cop was launched, in which area residents shared concerns with officers over a cup of coffee at restaurants and area churches. Pack-A-Patrol Car was another initiative established to help feed those in our community in need during the Thanksgiving and Christmas holidays.

Moore restructured National Night Out as well, encouraging various communities to host individual activities engaging citizens and law enforcement. The initiative was structured to send a message to criminals that neighborhoods are organized and residents are fighting back.

Under Moore’s tenure, a number of enforcement efforts were also carried out. Operation Blue Heat, for example, included the arrest of 49 individuals and the seizure of seven firearms. Additionally, the Focused Deterrent Violent Crime Reduction Call-In was a way for Moore and his staff to target, and strive to help, career offenders who have long histories of violent crime.

Moore’s commitment to professional development was evident too as he sent officers through programs like Fair and Impartial Police Training, the Police Law Institute, the FBI’s Law Enforcement Executive Development Association, the district attorney’s prosecution course and a West Point Leadership program just to name a few.

Moore and his staff also ensured that residents were well informed through initiatives such as the department’s Know Your Rights seminar, which provided citizens with accurate information about police procedure and policies.

Under Moore, the crime rate was reduced. In 2016, the police department reported that the overall crime rate declined for five consecutive years, the longest continuous drop on record. In the same year, the city experienced the lowest number of Part 1 crimes in 39 years.

Moore has also been committed to having the necessary technology for policing efforts. Not only was police software upgraded, but body worn cameras were purchased for field personnel and rolled out in 2017.

Prior to joining the city of Rocky Mount, Moore served as deputy police chief in Wilmington, N.C. He began working for the Wilmington Police Department in 1988 where he also served in the role of interim human resources director for one year.

The city of Rocky Mount hopes to soon find an ideal candidate to fill the upcoming Police Chief vacancy.

“I will immediately begin the search for an interim chief, as well as the executive search firm that will assist in my appointment of the next chief of Police for the city of Rocky Mount,” stated Small-Toney.

With over twenty years of experience in education, Dr. Stewart began her career as a high school English teacher. She has also served as an Assistant Principal and Principal. Most recently, she served as the Executive Director of K-8 Education and Federal Programs for Franklin County Schools.

“When the right people are in the right position, speaking a common language, and operating as an effective team, learning without limits happens at high rates of success. I welcome the opportunity to be an active team member toward the fulfilment of preparing college and career ready students in Edgecombe County,” said Stewart.

“As a transformational leader, I am focused on results now, as there is a moral imperative to ensure success for all students,” added Stewart.

Dr. Stewart is a graduate of the University of North Carolina at Chapel Hill where she earned a Bachelor of Arts in Education. She also earned a Master of School Administration degree from East Carolina University and Doctorate in Education from Wingate University.

She recently received the Superintendent’s Outstanding Leadership Award for Franklin County and was the recipient of the National Association of Federal Education Program Administrators Leadership Award for outstanding service and dedication to children. In addition, she was previously Scotland High School’s Teacher of the Year and Hoke County’s Principal of the Year. 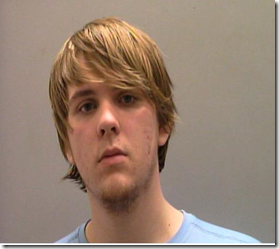 On September 26, 2107 the Edgecombe County Sheriff’s Office received a report of a five year female that had been sexual assaulted. During the course of the investigation it was determined that she had been raped and also forced to perform a sexual act with the suspect. The female was taken for a forensic interview to determine what had happened. On November 8, 2017 warrants where obtained on the suspect Ricky C. Shadding III.

A general manager has been named for the Downtown Event Center.

Marcus Murrell recently was hired by Sports Facilities Management with input from city officials. His annual salary is set at $105,000. He begins his duties Nov. 27.

Murrell will run the show at Rocky Mount’s multimillion-dollar facility, which is under construction.

The center is expected by city officials to be an indoor sports destination for the region and beyond. The unique facility not only will cater to sporting tournaments but also has the capacity to accommodate other events, including concerts and conventions.

Murrell brings more than 15 years of experience in the event industry to Rocky Mount, with his most recent duties being an operations director for the Columbia Metropolitan Convention Center in Columbia, S.C., and the James L. Knight Center in Miami, Fla. (Rocky Mount Telegram)