Raleigh, N.C. — One of the most frequently asked questions about the pending state budget deal is how exactly the teacher pay raises would work.

Legislative leaders said Tuesday that teachers would get a raise that amounts to 7 percent on average. The actual percentage varies depending on how long someone has taught.

Representatives of the N.C. Association of Educators call the 7 percent number "inflated" because it counts longevity pay earned by those who have been teaching 10 years or more.

I hope and pray that this letter find you all in the best of health and spirit.

I am penning this Open Letter hoping that it would help each of you move your and our town forward.

As most of you already know, Tarboro has been had, tricked and bamboozled.

I am not saying this to make mockery, I say it because it is the truth and sometimes the truth hurt. And I too along with many of you were hurt as you read what has been done to you, the citizens of Tarboro. First I will start by saying although everyone is innocent until proving guilty, several things are factual and that those things done caused Tarboro to lose revenue and many employees to lose their jobs and livelihood. Let me be clearer for some. As a former council member, who swore that I would work on behave and in the best interest of all those who voted for me and those who didn’t, I feel I may have let you down some. I say this because I was not the good steward that you elected me to be. But I must share that I did my best with what was provided to me. I am as upset as many of you, but since I am not there in Tarboro I can only do what I can. And what I can do is share with you that during my time on council I had suspicions of things going on like those listed in the state report. Many things I suspected myself, but I had no proof and the things that was told to me by others was held in confidentiality because they were afraid of retribution. One major thing that I would mention is that I did try a move, and that was to be the lone "Nay" voter against the past town manager pay raises and monthly vehicle allowance. Both which I didn’t believe was warranted or deserving.

What has happened to you Tarboro is NO SMALL MATTER. Lives were effected and affected due to things listed in this report. Everything in the report, of only five years, is a shame and should be dealt with quickly. Tarboro If I was there I would be on the frontline pushing for the former town manager AND former mayor, former and recurrent council members to step up and share what they know of these five years and longer.

As for the current Mayor I would ask him to step down or to remove himself until this matter has "cleared" him of any wrong doing or I would seek out another avenue to have him removed. Tarboro I would also see if another audit could go further back. Tarboro your whole town has lost, not just individuals. Fact, again much of the money documented could have been used for much needed raises, jobs, programs or the reserves, something that is going down each year I think?

Tarboro this isn’t just the State, Edgecombe County, the IRS, or the NC employment commission’s fight, It is your fight! first and foremost!! You must also hold the current council accountable, you must demand that they represent each of you. You voted for them to lookout for you and your best interest. You, Tarboro, Must Tell Them That THEY MUST TAKE THE LEAD concerning the current mayor and his involvement. You Can’t Take A Chance With Him for the next couple of years Or can you? I think Your Odds would be better in Las Vegas!!!

Lastly, I would like to thank the former Finance Director, Tarboro you lost a good one. (By the way I haven’t read or heard much about the one that served years under the past town manager). Anyway, I continue thank Councilwoman Mrs. Faye Jordan for Serving the Citizen First, the Mayor Pro Tem Councilman Taro Knight, two other nameless council members, the current Town Manager, Chief of Police and other department heads and all town employees. None of you deserve this. Be Encouraged!

FYI I was never contacted by the state.

The use of Social media has caused new concerns, conversations and definitions for State Boards of Elections across the country, including North Carolina.

There are new rules emerging for those who serve on local boards of elections when it comes to their social media activity and Wilson County is one of the first in North Carolina getting a taste of what the state board’s expectations are with the use of social media and elections board members.

A letter went out to the newly appointed Republican board member. Douglas Inscoe, on the new limitations placed on him and every other board member when it comes to social media.

The letter, dated July 29, came from Don Wright, general counsel to the State Board of Elections to Inscoe before he was sworn into office.

Wilson County officials received the warning first because of the past controversy involving a Tea Party member who served on the board and subsequent complaints of political activity made by two Democratic activists. That member resigned before a second hearing could take place on the state level. (Source: Read more)

According to Monday’s announcement, the deal is likely to reduce rates for the city’s 27,000 electric customers. The full extent of the impact is yet to be determined, but approval of the deal is set to be completed by the end of 2016. The Federal Energy Regulatory Commission and N.C. Utilities Commission must still approve the deal.

Nope my daddy would not let me do that! I know he better not give anymore way. 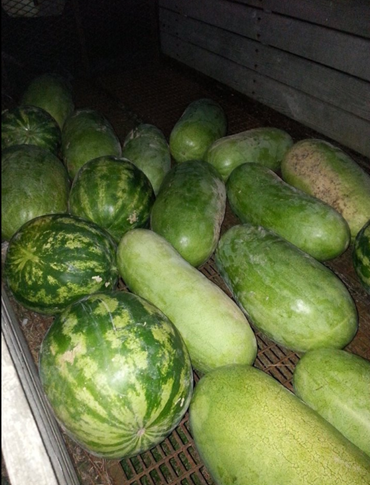 How ironic Anthony is standing in front of a photo of President Barack Obama. I first met Anthony when he had tickets for me and some others to get on the football field at NC Central University during Obama’s first campaign stop in NC.

Latest update: Katris Clark posted the following on her facebook page a couple of hours ago. “My daddy woke up…. thank God! He is in and out of consciousness because of his meds but is able to respond to instructions…and that’s a good thing!!”

Katris Clark posted the following on her facebook page today. “My daddy’s is out of surgery (triple bypass). The surgery itself went well. He’s still in recovery and hasn’t come around yet. Thank you to all that included him in your prayers… Please continue to pray for his recovery.” 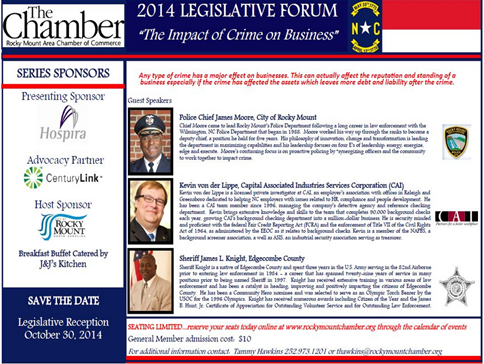 Last week I attended this forum and I found it to be quite interesting. I learned some things however much of it I was very much familiar with.

I remember back in the late 80’s I used to write lots of editorials and I believe they began with responding to former Highway Patrol T.C. Cherry and former Edgecombe County Commissioner when he used to write letters to editor. He wrote one about the old Winn Dixie on Fairview Road where the Roses is located now. He said folks were stealing and that the store would not be there long if it continued as it did. Yes it eventually closed. Well I said they better watch the folks working there because they could be major contributors to the items getting missing. This was one of the things that was emphasized during the presentation by the presenters during the forum crime from within.

I made a comment towards the end of the forum how I enjoyed the forum but why were not more ministers and others present to hear this? I know it was for businesses but everyone ought to be concerned about the crime on businesses. I took time off from my job to go hear the message. I said how could the message be conveyed to the folks not present because the people needed to know the impact of crime on businesses because everyone has a role they can play.

The lady presiding at the time thought it was a good question. Well the Rocky Mount Police Chief James Moore said the message is always in the newspaper and on the city website. I said everyone don’t get the newspaper and everyone don’t go to the city website. I said many folks tell me they don’t read the newspaper until they go to my blog to see what articles I have highlighted. I said but if it was presented at a church or some type of gathering where the people are they could get the message. I said I am always speaking up for Rocky Mount although I don’t live in Rocky Mount.

Again I  was not ignant to the fact of what the forum was for and I was in no ways trying to make anyone leave and forget what the forum was for. I thought my damn comments were in line with what all he had said about Chicago and other places as he responded to a question by city manager Charles Penny. Hell much of his response to him and my comments were pretty much in line but I guess they were not. But some folks told me they appreciated my comments and that they truly thought I was on point.

The Chief went on to say that he read my blog and that he didn’t have the convenience of using the word “I” so frequently. Well damn sir, I am representing myself and you are representing Rocky Mount Police Department so how in the hell can you compare me to you? Hell yeah I can say “I!” everyday because I am representing my views, opinions and etc. based on facts and not emotions only.

I usually video all the public events I attend however I was told that I couldn’t video this one. I wish I could have since I made a comment and could actually have played back word for word what the Chief said and what I said.

Now let me get back to doing what “I!” was doing. I have no problem with talking about what “I!” do because if I don’t talk about it who in the hell is? I can tell my story better than anyone else. I don’t need folks coming to my funeral talking about what I did because I am going to tell it all before I die so folks can’t stand up and say all these damn things about me after I am dead but was hating on me while I live. I know in the black community the myth is if you talk about what you do you are bragging and trying to make a name for yourself. Well call it what the hell ever because I am The Political Agitator and I am damn good at it.

Now haters, “Run and Tell That!”