A woman has been hired to market the Rocky Mount Mills property on a full-time basis to prospective tenants.

Capitol Broadcasting Co. Inc., which in 2007 purchased the property on the Tar River, has hired Evan Covington Chavez as development manager, with her primary responsibility being the development of the mills property.

“I’m doing a couple of other things, but (marketing the mills site) is the primary focus for me,” she said.

She previously had worked as vice president of program operations for Habitat Wake County and director of real estate for Self-Help Credit Union. (Source: Read more)

Financial literacy is a growing part of the K-through-12 curriculum across the state.  But Hillside High School in Durham has taken the charge to the next level and opened a functioning bank branch at the school.

Organizers say that students, staff, and families will be able to open accounts, as well as deposit funds to checking and savings accounts right at the Hillside branch.  The program also provides internships and serves as a hands-on learning center for students to gain banking skills. (Source: Read more)

RALEIGH, N.C. (AP) — Police in a North Carolina town are searching for a man who sprayed a church playground with gunfire, striking four youths and leaving a 12-year-old boy gravely wounded.

The Rev. James Gailliard at Word Tabernacle Church in Rocky Mount said the shooting happened shortly before 6 p.m. Monday, as about two dozen neighborhood teens played basketball on courts behind the sanctuary.

Gailliard was in his office when he heard more than 15 gunshots and ran outside. Among those hit was 12-year-old Nyreek Horne, who the preacher said was shot in the head. He cradled the bleeding boy until help arrived.

"In our community, we do hear gunshots from time to time. But what was different this time was that it was so close and it was so many," Gailliard said. "I held him in my arms until the paramedics got there. He was shot in the eye and the bullet went out the back of his brain. He was struggling to breathe, but he was fighting." (Source: Read more)

A 15 year old was murdered last week and the funeral was held yesterday. I have not seen any parents, churches, ministers and others come together to say anything. I did see a group of folks that marched last week around the incident.

But yesterday, when another shooting occurred folks are coming out of the woodwork. So where were you last week? What was different about the shooting on yesterday that triggered you to want to do say something?

The very ones whom are not doing and/or saying anything themselves are the ones quick to criticize those whom they feel ought to be saying something. Who in the hell are the they?

I be damn if it is my job, law enforcement job, leaders job (and please name them) and whoever to raise other folks children? Can we help? Yes if the parents and the children allow us to help them but if they do not want help, then what?

It is a damn shame that ignant folks want to talk about the role of the Rocky Mount City Council, the Rocky Mount Police Department, Edgecombe and Nash County Sheriff Department, the NAACP, the church and other organizations. I dare you to look at their roles and to see if they are providing the services listed that is required of them and not what is your opinion of what they are required to do.

Until folks wake the hell up and put the blame where it belongs, then nothing will change.

It is like a song that I hear the young folks playing, “Started at the bottom now we are here.” It starts in the home, with parents, children, the neighborhood, the church in the hood and then outward.

All of us are included in the above so therefore we all have a role to play. Don’t think you can give me a damn role and your ass sit back and only criticize.

In my closing, what tickles the hell out of me the most is you criticize and allow others to criticize certain leaders but then you call and expect us to come to your rescue when you are in trouble. We do it because we are obligated, but don’t think we don’t know you don’t give a damn about us.

I have been actively engaged in community activism since the early 90’s. I know who have been on the front line and who have not, so unless you hide behind a code name, I can call your asses out. So don’t go there because I have paid my dues. I will continue to do what I do until the end.

So what you gonna do?

I spoke to the commissioners after the meeting and they all were happy and really excited about working together. I am so proud of this commission. I told them after the meeting that I would continue to record their meetings to make sure they tell their story. I said the newspapers can’t tell it like the video can. I have been attending the Princeville Town meetings for years because I want the real story to be told and not the picture that others paint of Princeville. I don’t get paid to do this, I just provide a service because I have much love for the oldest black town incorporated by slaves. 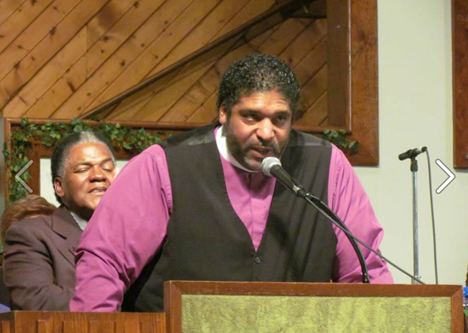