First of all I bought the 2010 Malibu brand new in January 2010 in Farmville NC paid them cash I have had it 3 years this month. Began to get it serviced in Tarboro because it was closer about 7 miles away vs around 15 miles. I bought a set of tires from them for this car about 2 years ago. The complaint was not with this car but my daughter’s car. I sent her to get her tires rotated bought the tires from them in November 2011 only have 19,000 miles on them and it was time for tire rotation and oil change. The tires still have a warranty on them. They changed the oil but did not rotate the tires after my daughter had came from Durham to get the work done. They said the car needed 2 new tires but even if they did they were suppose to just rotate the tires because it was a part of the contract when I bought the tires. I had to pay someone to rotate the tires that night so she could go back to school the next day. I will go into the entire detail later. I have all of the conversations with these folks recorded. I just bought a brand new set of tires from them also for my dad’s truck in October 2012. You got to read and hear the whole story to get it. Happened the week before Christmas and I have not had time to prepare the written documents and to put the audio on my website. Will get it done over the next couple of days.

I am going to post this and then I am going to not post anymore until I finish documenting the conversations with Doug Henry Chevrolet. The deal is when my daughter called me on her cell phone to tell me what was going on I called Doug Henry. I asked them to check out to see what was going on with the tires the contract and the car and let me know what we need to do because the tires should be under warranty. I said I am at work and I don’t have time to spend on the phone with them to find out what is going on and then call me back. She said I chose the tires and the tires came from Capitol Tire. I said, "I DON’T CARE WHERE IN THE HELL THEY BOUGHT THE TIRES MY CONTRACT WAS WITH THE DOUG HENRY!" Well after she put the manager on the phone he said he didn’t know what was going on and I told him the same thing.

Well the manager wanted to say I cursed out his employee and I said no, "I said I ain’t going there with you I am at work," I said okay I am getting ready to clock out early and come see you. I got with my boss and I clocked out 30 minutes early and that is when I recorded all of the conversations from that point on up to the following day leading up to the following week when I went to the Greenville Store meet with a manager to find out that he was not over the manager in the Tarboro Store which was a waste of my time. But again you have got to read the whole story to understand it better.

The female admitted I said what I said and I asked her did she feel threatened by what I said and she said I didn’t tell my manager that. I said I know he said why you say it and I said that was not cursing at her but a figure of speech. I said I don’t care where in the hell ya’ll got the tires from that is irrelevant to me because the contract is with Doug Henry.

This makes the 2nd time something like this happened when my daughter took her car there. She was charged $86.00 for something that they said they checked when they it was checked during the Multi-Point  Free Inspection. I had to deal with this same guy for 3 days until I got sick of him in the office and said to him okay write me a check or I will come back with NAACP and the Police and he said I will write you a check.

There is some history here with the dealership and it is my opinion he was trying to provoke me but I know better. Again I recorded that incident also.

Sad but I had to go to Nash County to have my oil changed today and will be purchasing a new set of tires from them next week also.

Do you know Doug Henry said I could come and get my tires rotated oh they want to honor the contract now but they will not change my oil something that I would have to pay for. They said they didn’t want me there but I could bring the 3 vehicles in for the tire rotations. What kind of sense does that make? Sounds like they are trying to further set me up. Not!

I will not ride around advertising their dealership and tonight the Doug Henry has been removed. 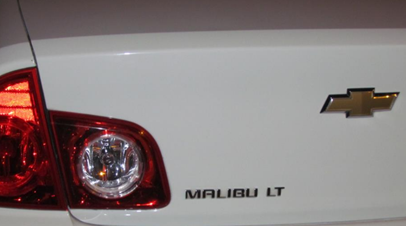 Response: This is good! See who the Well-Related Militia is. Can’t wait to see how they attempt to twist this.

Thom Hartmann destroys the gun nut argument that they NEED military style assault rifles to protect themselves from the American government.  We’ve all heard the crazies try using this excuse, but it rings quite hollow once we look at what he Founding Fathers REALLY said.  Besides, gun nuts conveniently IGNORE the first half of the Second Amendment which states “A WELL-REGULATED MILITIA, BEING NECESSARY TO THE SECURITY OF A FREE STATE…” “Strict” adherents to the Constitution, MY ASS! This is an excellent examination of the failed psychotic argument from these lunatics. (More)