I was contacted by Ebony Magazine Senior Editor that he want to interview me about what is going on in Princeville NC.

I will be meeting with them on Monday evening. I will also be contacting some folks whom I feel they need to talk to especially those who have been directly impacted by the water bills and etc.

Please contact me via phone, email or Facebook Messenger if you live in Princeville and you are interested in being interviewed or if you know someone please have them to contact me. You will need to be available late Monday evening after 5:00 PM, Tuesday all day and/or Wednesday morning. But do know I will decide if I will submit your name to Ebony.

“Know that being ignant is not always a bad thing, however it is a bad thing when you don’t do anything about it especially when you are trying to discredit others. Know what you are talking about when you open your mouth so you will not make a damn fool out of yourself.” Curmilus Dancy II The Political Agitator Tuesday April 3, 2012

Today, after former CIA Director General Petraeus very slowly explained to confused, befuddled Republicans what everyone in the world already knew, they saw the light. Yes, I called the fail this morning but who knew it would be so sudden and decisive.

It turns out that the intelligence report sent to Congress that Ambassador Rice also based her talking points on was just that. The report was approved by the CIA. Later they changed their assessment. (More)

TARBORO — PINETOPS — Landowners near the Crisp Community are attempting to block development of a proposed 20-duplex housing unit for senior citizens.

At least eight landowners in the area adjacent to a 14.74 acre tract located off North Carolina Hwy. 124 spoke against a rezoning request by Pinetops Community Development Corporation at the Oct. 15 meeting of the Edgecombe County Planning Board. (More)

Song: The Storm Is Over Now – Kirk Franklin 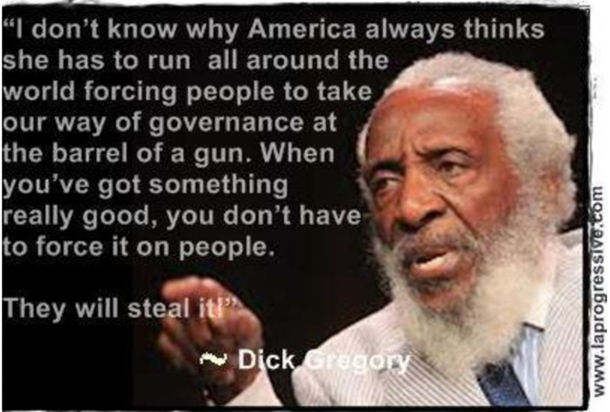 Response: I totally agree with Barbara Bush these Ignant Racist Republicans need to get the hell over it. “Our” President has won and won by a damn landslide so what in the hell is their problem. They met and their main concern was to make “our” President a one term President but the people said oh hell no! So what part of the picture they do not understand. They are just ignant but they gonna learn the day! Well!

”Our” President has told then he do not have to run again for re-election but some of these ignant damn Republicans that are planning on running again don’t even understand.

These Republicans either don’t understand or they are in denial. Well I think they are just in denial. They are asleep, dreaming and they need to wake the hell up. Oh well!

From the moment that Mitch McConnell said that his number one priority was to make President Barack Obama a one term president, up until Republican presidential candidate Mitt Romney claimed that he only lost the election because of Obama’s “gifts” to Black, Hispanic and young voters, the GOP has veered so far to the right of center that it’s very likely they will cease to be competitive at the executive level in the not so distance future.