The budget is about 1.7 percent less than this year’s original operating budget. The property tax rate will stay at 86 cents per $100 valuation. Departmental budgets will stay the same, with only mandated increases. (More)

Please click on See related at the bottom of page to get a better understanding of “No Contact Order” that was dismissed!

SMDH! – I am still shaking my damn head after attending the Princeville June regular monthly meeting.

I have been trying to be nice but damn tonight just did it. What in the hell is the attorney for?

Someone at the meeting said the Attorney Chuck Watts was in court earlier today for a DWI charge. Also someone questioned why was he driving a vehicle with DOT tags and working for Princeville. Oh well!

The Princeville 3 are now the Princeville 3 D.A.’s. Hell yeah I said it, “Dumb Asses.” It appears that Mayor Priscilla Everette-Oates, Commissioners Isabelle Purvis-Andrews and Calvin Sherrod are just dumb as hell. It is sad that they are using this old lady Maggie Boyd the interim town manager to go after Commissioner Gwendolyn Knight. Boyd and Knight have been to court several times and the last time they went to court the D.A. District Attorney dismissed the mess. Boyd is old enough to be the Princeville 3 D.A.’s mother.

The meeting that never was held tonight was very expensive. The lawyer and 3 policemen had to be paid and also the Commissioners. The Chief of Police Joey Pettaway was running around town trying to find the Clerk of Court to get a copy of a restraining order that is on file for Boyd against Knight. It appears that Mayor Everette-Oates is bullying Boyd to try to get Knight arrested. Hell Boyd and the Chief have a copy of the order so what is their damn problem? Obviously the Princeville D.A.’s are trying to bully the Chief to arrest Knight.

Mayor Everette-Oates, Boyd, Purvis-Andrews and the Watts entered the room about 7:10. For some reason Sherrod was sitting out with Commissioners Ann Howell and Gwendolyn Knight as if he was not a part of what was going on in the other room. The Mayor hit the gavel and said she was going to have a 15 minute recess. The Mayor, Boyd and Purvis-Andrews left the room. Later Sherrod left the room but returned long before the others. The Mayors husband was called in the room. I didn’t know he was a commissioner or staff person.

Former Mayor Delia Perkins asked Sherrod what side was he on and he said he was out here wasn’t he? She said that didn’t mean anything. I said leave him alone he is doing good right now but I don’t know about later. Well see how he voted.

After about 45 minutes the Mayor and the others re-entered the room and she hit the gavel again and made her announcement that they were going to do another recess until Thursday 6:00 PM. The vote was a tie so she said she was going to break the tie. So now you know where Sherrod stand in regards to the question that former Mayor Perkins asked him.

Damn nobody was given the opportunity to speak. The meeting was never official because per the Agenda the meeting was not I. Called to order, II. no Invocation and III. Consent Agenda was never approved. There should have been a motion to amend the Agenda but that never happened either.

Now see the video for yourself because they never lied when somebody said a picture is worth a 1000 words or however the hell it goes. Damn the Princeville 3 D.A.’s got me just as ignant as they are. Still SMDH! 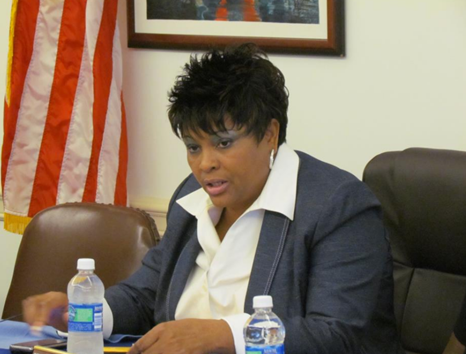 Budget not included on Princeville agenda

PRINCEVILLE — As promised, the Town of Princeville met its Monday deadline to send financial statements and a corrective action plan to the State and Local Government Finance Division of the Local Government Commission. (More)

TARBORO — Did you hear about the Boston area teacher who, while addressing a graduating class, told them there was nothing special about them?

The furor over his hurting the feelings of little Susie and Billy by telling them the truth was amazing, but was buried under the avalanche of support for his words from around the world. (More)

A nearly four-mile stretch that goes by three street names officially will be renamed Raleigh Boulevard on Sunday.

The Rocky Mount City Council voted in January to unify the corridor. (More)