A must watch video sit back and enjoy. If you were not present you missed a treat. 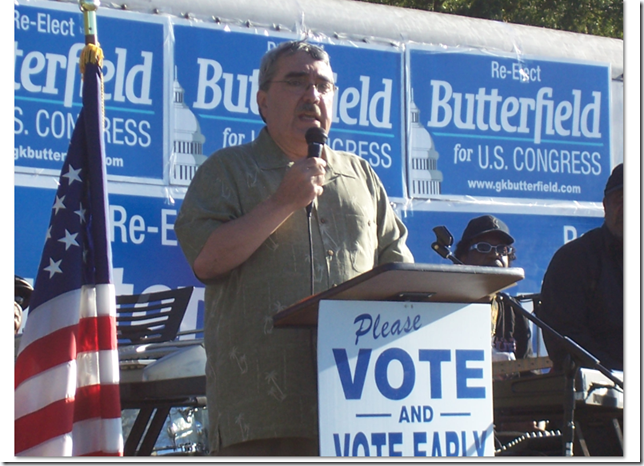 for the Advancement of Colored People

*NAACP Tele-News Conference October 20 at 11:00am (EST)
NAACP President and CEO Benjamin Todd Jealous, civil and human rights leaders including National Council of La Raza, Asian American Justice Center President and Executive Director Karen Narasaki, Researchers Leonard Zeskind and Devin Burghart, who authored the Report To join this News Conference at 11 a.m. please call, please RSVP to (202) 463-2940 ext. 1021.  The call in number is 800-857-9716 and the Participant code is 3879827. For embargoed copies of the report, information on regional events or  NAACP interviews, contact Leila McDowell atlmcdowell@naacpnet.org or Chris Fleming atcfleming@naacpnet.org.  202 463 2940. For interviews with the authors of the Report, contact Marilyn Katz atMKatz@mkcpr.com.

WASHINGTON, DC and DURHAM, NC, Oct. 20, 2010– The NAACP will release a report by the Institute for Research & Education on Human Rights which details various associations between Tea Party organizations and acknowledged hate groups in the United States (teapartynationalism.com).

“These groups and individuals are out there, and we ignore them at our own peril,” stated NAACP President and CEO Benjamin Todd Jealous. “They are speaking at Tea Party events, recruiting at rallies and in some cases remain in the Tea Party leadership itself. The danger is not that the majority of Tea Party members share their views, but that left unchecked, these extremists might indirectly influence the direction of the Tea Party and therefore the direction of our country: moving it backward and not forward.”

The Report analyzes each of the six most active Tea Party organizations. Drawing from Tea Party literature, websites, and with an original statistical analysis, the two researchers provide demographic information and specific instances of racist ties and outlines acts of extremism and intolerance. The Report includes interactive maps showing where Tea Party membership is located within the United States and includes a list of local Tea party leaders who have direct ties to white supremacist groups.  Some Tea Party factions analyzed include:

*The TeaParty.org faction is led by the former Minuteman Project executive director, which in the past was associated with the murder of migrant Mexican workers as part of its vigilante “border operations.” Roan

*Garcia-Quintana, “advisor and media spokesman” for the 2010 Tax Day Tea Party and member of ResistNet, also serves on the National Board of Directors of the Council of Conservative Citizens (CofCC), the lineal descendent of the Council of White Citizens.

*In Texas, Wood County Tea Party leader Karen Pack was once listed as an “official supporter” of Thom Robb’s Knights of the Ku Klux Klan, a modern-day white supremacist organization.

In addition to promoting this current research, the NAACP has set up the Tea Party Tracker website that monitors instances of racism and other forms of extremism within the Tea Party movement. You can visit it at www.teapartytracker.org.